Plea Deal – Should I take the first one?

DoingFedTime > Federal Prison Consultant > Plea Deal – Should I take the first one? 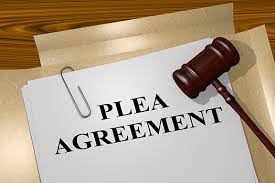 At some point after your federal indictment, the United States Attorney will offer you a plea deal, most likely. Sometimes this doesn’t happen, but you will have the opportunity to take a plea deal most of the time. When considering whether or not you should take the first plea deal they offer, I urge you to read this article and consider what is said in it. I have seen this question come up quite a few times when having conversations with people regarding their federal cases. Because of that, I figured I would make a blog post about addressing this issue for the general public.

They offer 1. It’s like the mob. The Feds don’t mess around and try to get you to take a million plea deals like they do in the state. The United States Attorney is not going to cater to you like a D.A. They figure if they had enough evidence to get you indicted, they would have enough evidence to get you convicted. Typically, they are absolutely right about this, given the fact that the feds have a conviction rate of about 99%. What they will wait for now is for you to say no. Once you say no, they will do their best to give you the absolute maximum on all your charges. You really need to ask yourself if you want to have a fight with someone who wins 99% of their fights. In some rare cases, they may offer you more options or additional plea bargains, but it’s rare and it’s hardly worth saying no to because typically the second or third offer is considerably worse than the first.

Another thing to keep in mind is that typically the plea deal that you are offered is not concrete. This means that you can still plead guilty and the judge can give you however much time they see fit. Typically, this does not happen and usually federal judges do respect the plea deal that was made originally, but this is not always the case and is a factor that you should weigh before pleading or changing your plea to guilty.