Sheldon Silver, the former New York Assembly Speaker who was one of the most powerful figures in state government for two decades before being convicted of corruption, died in federal custody. He was 77 years old at the time.
Silver died on Monday, according to the federal Bureau of Prisons, with the medical examiner determining the official cause of death.

Silver’s followers said he was suffering from a variety of medical issues. According to the bureau, he was serving his sentence at the Federal Medical Center in Devens, Massachusetts, but died in a hospital in nearby Ayer, Massachusetts.

The Manhattan Democrat was serving a more than six-year term for abusing his position in state government to enrich real estate developers, who repaid Silver by bringing lucrative business to his law company.
Silver’s conviction brought an end to a nearly four-decade legislative career. In 1976, he was elected to represent Manhattan’s Lower East Side for the first time. He was a superb practitioner of Albany’s inner game, despite cutting a low-key figure in the hallways of the state Capitol, meticulously parsing out statements in a baritone murmur.
In 1994, he was elected Speaker of the Assembly, a prestigious post that made him one of Albany’s “three men in a room,” negotiating yearly budgets and key legislation with the governor and the state Senate leader.
Silver served as speaker for five different governors in New York, from Mario Cuomo to Andrew Cuomo.
He had a reputation as an enigmatic and obstinate negotiator, often rejecting ideas to the point that he was dubbed “Dr. No.” Some of his obstructive image stemmed from his role as the lone Democrat at the negotiation table under Republican Governor George Pataki’s three administrations when the GOP also controlled the state Senate.
Former New York City Mayor Mike Bloomberg’s plan to build a football stadium on Manhattan’s West Side was thwarted thanks to him. And he bore the brunt of the blame for Bloomberg’s congestion-pricing plan for Manhattan, which would have charged electronic tolls for driving through the borough’s busiest areas, collapsing in 2008.
In a news statement, the enraged mayor said that not having legislators vote on the measure “requires a unique type of cowardice.” Silver claimed he lacked the necessary votes.
After surviving a coup attempt early in his term, he honed his horse-trading skills to achieve school funding, tenants rights legislation, and other Assembly Democrats-favored initiatives.
“He was a warrior for his citizens, and his efforts to restore lower Manhattan after the tragic events of 9/11 will never be forgotten,” says the statement “In a statement, current Assembly Speaker Carl Heastie stated. “For years, he was the lone voice in the room opposing numerous regressive measures that would have injured so many New Yorkers, and he presided over historic legislation to better the lives of our most vulnerable people.”
Silver, an Orthodox Jew, was noted for keeping the Sabbath even during the lengthy negotiations that preceded yearly budget deadlines and parliamentary sessions’ ends.
He eventually became a symbol of Albany’s much-maligned opaque governing style and, as a result, a target of federal prosecutors.
Silver was suspected of selling his power for money, according to prosecutors. They said, for example, that Silver convinced a physician to transfer asbestos cancer patients to his legal company so that it could pursue multimillion-dollar payouts from personal injury cases, a covert deal that netted him roughly $3 million in referral fees. Prosecutors claim he sent hundreds of thousands of dollars in state subsidies to the doctor’s research institute in exchange.
Silver’s lawyer contended that his client had the right to accept outside labor compensation.
After a U.S. Supreme Court judgment that limited the definition of a corrupt conduct, his initial 2015 conviction was overturned by an appeals court. In 2018, he was found guilty in a second trial that was somewhat modified to comply with the high court verdict. 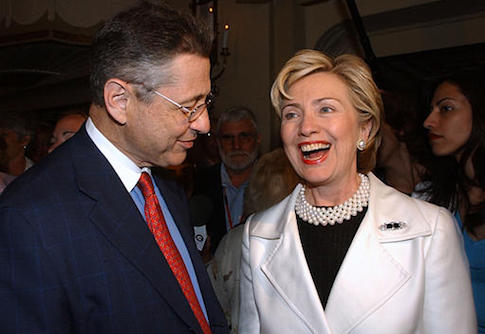 However, an appeals court overturned the asbestos cancer sufferers’ convictions, citing a jury instruction that was incorrect. Prosecutors chose not to bring the accusation against him again. The court determined that he had backed legislation that benefitted real estate developers who were sending tax business to a legal company that hired him in the section of his conviction that lasted.
Following his arrest in January 2015, Silver resigned from his leadership role and lost his parliamentary seat when he was convicted for the first time in November of that year.
Silver is the latest in a long line of state legislators, including other senior leaders, who have been convicted for bribery, conspiracy, tax evasion, fraud, and racketeering. Republican state Senate Majority Leader Dean Skelos, one of the leaders with whom he shared power during his tenure as speaker, was convicted of extortion, wire fraud, and bribery in a case that went through the courts at the same time as Silver’s.
Gov. Andrew Cuomo, who had shared authority with Silver, resigned last summer after being accused of sexual harassment.
In a letter to the court, Silver pleaded for compassion ahead of his sentence.
Silver said, “I hope I will not die in jail,” stating he was “broken-hearted” because he had harmed people’s faith in government.
In May, Silver was released from jail for a few days before being granted home confinement by federal officials.
Silver was the youngest of four Russian immigrants’ children. His father owned and operated a wholesale hardware business. He and his wife had four children as adults and resided in a lower Manhattan apartment a few steps from his childhood home.
He graduated from Yeshiva University with a bachelor’s degree and Brooklyn Law School with a law degree.