After a year and $900,000 in settlement payments in a class-action lawsuit alleging that Securus Technologies, Inc. unlawfully recorded privileged phone calls between detainees and their attorneys, the prison phone giant was still fighting similar allegations in Maine in November 2021, according to court documents.

Two former detainees and a criminal defense attorney filed a lawsuit against Securus on May 27, 2016, alleging that the company’s telephone services were used to make calls to and from correctional facilities and that the calls were recorded. The lawsuit was settled on November 19, 2020, by an order and judgment issued by the United States District Court for the Southern District of California.

For their participation in the same illegal behavior at the federal Bureau of Prisons’ Leavenworth Detention Center, where the recordings were shared with authorities, Securus and its main competitor in the prison phone market, Global Tel*Link (now known as ViaPath), agreed to a $3.7 million settlement earlier in 2020.

More recently, a lawsuit was brought in Maine against Securus, alleging that the company had illegally recorded inmates’ privileged phone conversations with their attorneys while they were in the state. Plaintiffs’ claim was dismissed by a federal judge on April 30, 2021, after the judge determined that the plaintiffs had failed to disclose any circumstances that may demonstrate Securus acted willfully. See: Pratt v. Securus Techs., 2021 U.S. Dist. LEXIS 82661 (D. Me.).

To say that this is a major problem would be a significant understatement. In the event that privileged phone calls are ‘accidentally’ captured, the recordings are kept on servers where they may be quickly shared with authorities. As was pointed out by Andy Schmidt, a Portland attorney representing plaintiffs in the Maine case, “recordings of conversations cannot interfere with attorney-client privilege and the onus is on the person doing the recording to ensure that that doesn’t happen.” 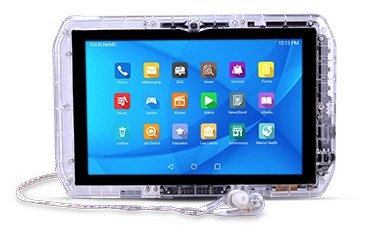 However, the judgement appears to place the burden of proof on the prisoner and his counsel to demonstrate not only that it occurred, but also that it had a negative impact on their case. However, plaintiffs in this particular California case were able to continue under the state’s Invasion of Privacy Act as well as under the state’s Business and Professions Code, in addition to federal claims claiming Securus’ suppression of information, fraud, negligence, and unjust enrichment.

In the aftermath, Securus moved to the United States Court of Appeals for the Ninth Circuit, which was successful in convincing the parties to enter into a mediation process that culminated in a settlement. Following the district court’s acceptance of the settlement on March 12, 2020, the appeal was dismissed without prejudice until further consideration by the court. On June 16, 2020, the court gave preliminary approval of the settlement before it was approved in its complete form five months later.

As a result of the agreement, Securus is required to:

The Court, on the other hand, was not in agreement with the amount of the incentive service award given to the named plaintiffs. A service award of $20,000 was paid to each of the three represented plaintiffs under the terms of the settlement agreement. Instead, the Court granted them $10,000 apiece, for a total of $30,000 in compensation. A further $30,000 in attorneys’ fees was subsequently given, bringing the total amount to $900,000 (including $870,000 in attorney fees and expenses), with a further $30,000 in attorneys’ fees awarded. Please see: Romero v. Securus Technologies, Inc., 2020 United States District Court LEXIS 217489 for more information (S.D. Cal.).

The rulings themselves are unlikely to dissuade Securus and its rivals, as the money involved is a minor percentage of the estimated $1 billion yearly jail phone market in which they are competing. It is much more probable that they will be seen as a normal part of conducting business. Meanwhile, prison phone companies appear to have been illegally collecting attorney-client phone calls for a long time and providing access to those recordings to law enforcement and prosecutors. This appears to be a widespread practice across the country.