On August 24, 2021, the U.S. Court of Appeals for the Sixth Circuit ruled that two Michigan prison personnel were not entitled to qualified immunity in a case alleging that they were purposefully inattentive to the safety of a prisoner.

A 400-pound laundry cart collapsed on Kelly Jane Rhodes, a prisoner at the Women’s Huron Valley Correctional Facility, during her second day of work as a laundry porter on October 15, 2015. (WHVCF). The accounts of what occurred differ in some respects, but “everyone involved agrees that laundry-porter work is dangerous,” the Court noted.

Rhodes had only received on-the-job training, despite the hazard. Watching other porters unload and load laundry carts off the truck was her first day of work as a laundry porter. On the second day, Rhodes jumped in to assist with the unloading of the truck at the request of two other porters.

Richard Jones put the cart onto the truck’s liftgate, which had no stop, so he would ask the porter to hold it before letting go; then Paul McPherson, another guard, was to lower the liftgate, and the cart would remain in position.

Jones confessed that he didn’t check to see if Rhodes was in charge of the cart before letting go of the reins. He’s since apologized. He “flung” the cart at Rhodes without making sure she was in charge of it, according to Anthernett Thomas, a prisoner who witnessed the incident. She complained that the cart had already begun to tilt when it arrived at Rhodes. 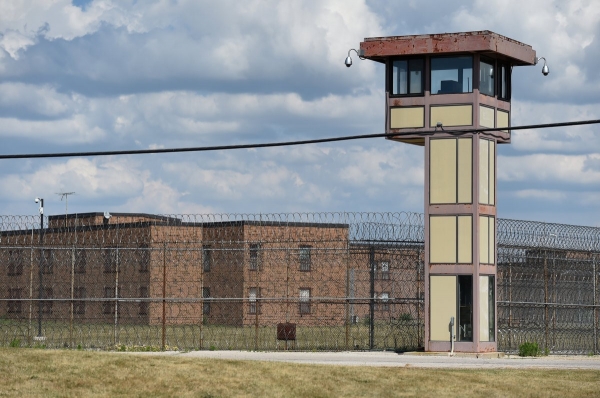 When the cart fell from the truck, there was debate over whether McPherson had begun lowering the gate. Rhodes had no recollection of what had happened. According to Thomas and fellow detainee Tabitha Parker, it was Rhodes who stepped aside when they spotted the wagon teetering.

“Despite the instruction, and perhaps because she panicked, Rhodes moved forward instead of back and was struck by the cart, causing her head to strike against the concrete with the cart landing on her legs,” the Court noted, adding that she was “bleeding profusely from her nose and the left side of her head.”

She sustained skull and facial fractures, brain damage, internal bleeding, and further injuries to her face, scalp, and left side when a laundry cart landed on her.

To resolve her state tort claims, Rhodes received $50,000 from the state of California. Additionally, she sued the two guards and other prison officials on July 26, 2017, claiming that they violated her Eighth Amendment right to be free from cruel and unusual punishment because of the unsafe working conditions in prison, their inability to train her as a laundry porter properly, and their lack of protection. A Fourteenth Amendment substantive due process argument was raised by her, claiming that her injuries violated her physical integrity and the state-created risk concept. The defendants requested a writ of mandate. All but two defendants, Jones and McPherson, were dismissed in response to the request. As a result, the district court upheld the request for summary judgment in favor of the guards. Rhodes filed an appeal.

With Jones and McPherson’s testimonies confirming Rhodes’ employment as a laundry porter had an objectively significant risk of serious damage, a three-judge panel of the Sixth Circuit took the matter up next. As a result, the district court was correct in its conclusion that Jones failed to consider the danger. McPherson’s case wasn’t upheld because there was a disagreement about whether or not McPherson dropped the liftgate prematurely, knowing that Rhodes was not paying attention to the cart and didn’t have control of it.

A qualified immunity issue arose in this case. A reasonable prison official would have been aware that ignoring a known risk to a prison worker’s safety would not only be irresponsible but would violate the person’s right “to be free from… ‘unnecessary and wanton infliction of pain, unnecessarily and unjustifiably inflicted’ unnecessarily.”

Thus, the district court’s order was reversed on the Eighth Amendment claim, but it was affirmed as to the Fourteenth Amendment claim, and the case was remanded for further proceedings. See Rhodes v. Michigan, 10 F.4th 665 (6th Cir. 2021).