To complete his term for his involvement in the rioting at the United States Capitol in Washington, D.C. on January 6, Scavo, 59, of Old Forge, reported to the Fort Dix Federal Correctional Institution on Monday, February 21, 2013.

Scavo was sentenced to 60 days in prison, but the United States Bureau of Prisons has not yet announced when he will be released.

Scavo’s attorney, Ernie Preate Jr., was granted a one-month extension to report to work in January due to health difficulties.

According to the Bureau of Prisons, Scavo was taken into custody on February 21 at the Federal Correctional Institution Fort Dix in New Jersey. Scavo’s anticipated release date, according to the Bureau, will be computed in compliance with federal legislation and BOP regulation.

After being sentenced on November 22 to 60 days in prison, Scavo was ordered to report to Fort Dix on Tuesday, January 25, according to Preate, who claimed Scavo had been given a deferral because of recent surgery. 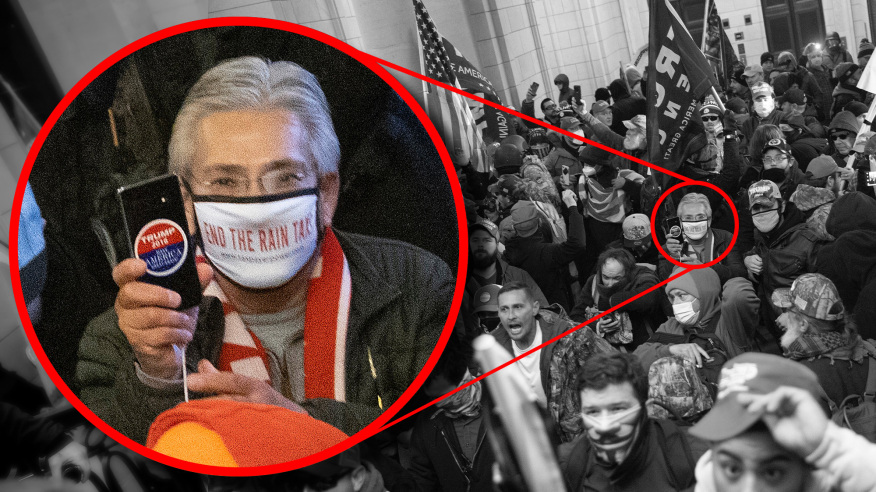 The Federal Correctional Prison at Fort Dix is a low-security federal correctional institution with an accompanying minimum-security satellite camp. Fort Dix houses inmates who have been sentenced. From everything, we know about this institution, your better off going to the Low than the Minimum camp.

Scavo was also fined $5,000, and he was ordered to pay $500 in reparation to the victims. The case was ruled over by Senior United States District Judge Royce C. Lamberth in Washington, D.C.

Scavo took responsibility for his acts on January 6, when he and hundreds of others invaded the Capitol Building, according to Preate at the time of his sentence.

“He said he will do his time and that he feels the process was fair.”

Scavo recruited a group of 200 local citizens to go to Washington, D.C., on January 6 to participate in a demonstration against the certification of the election results in Congress.

In September, Scavo, a former Old Forge school director, pled guilty to a single charge, a low-level misdemeanor with a maximum prison penalty of six months. He was sentenced to probation.

Much of the time when you see people sentenced federally its to decades, many of the capital rioters ended up getting fairly short prison terms.