How COVID is affecting Families in the BOP

Rory Adams had no idea that the Christmas he spent with his wife at a small rural hospital in West Virginia would be the last time he would ever see her alive. She had been sentenced to 42 months in jail for failing to collect payroll taxes when she was arrested in early January 2021. This summer, she was expected to return to North Carolina with her husband, their two adult children, and their quilting business.

However, she was extremely drugged when he first met her. As she fought with covid-19, she was assisted by a ventilator in order to breathe. Rebecca “Maria” Adams, 59, died in the same hospital bed 18 days after Christmas, in the same year.

The pandemic has proven particularly fatal for those who are incarcerated. Inmates are more than twice as likely as the general community to die of covid as the general public. And the number of people who have died continues to rise.

Three women inmates of the Alderson Federal Prison Camp died of covid in less than a week in January, the second, the third, and the fourth of whom were detained at the same time. As of Feb. 8, there were 50 cases at the institution, which has less than 700 inmates. When the Omicron variety caused a spike in case numbers in the United States in December, a federal prison system that was already understaffed and underprepared was once again overwhelmed by covid cases.

Sadly, the deaths of these three women, all of whom were imprisoned in West Virginia, are indicative of a federal prison system beset by persistent difficulties aggravated by the pandemic, such as a lack of staff, insufficient medical care, and a lack of compassionate release opportunities. Since March 28, 2020, according to the latest recent figures from the Federal Bureau of Prisons, 284 inmates and seven correctional officers have died across the country as a result of covid. However, independent control of the federal prison system prevents medical and legal experts from stating that the figures are likely an undercount.

Alderson, where Adams was imprisoned, was one of the first federal prisons in the country to experience a covid epidemic in December, as part of the ongoing nationwide pandemic. However, as of the first week of February, 16 federal facilities were dealing with more than 100 cases. According to BOP records, more than 5,500 federal inmates and more than 2,000 Bureau of Prisons employees had tested positive for covid. In late January, more than 500 inmates — over half of the jail population — tested positive for HIV at one facility in Yazoo City, Mississippi. In January, a total of 12 federal detainees died after becoming ill with covid, including the three women from Alderson.

That said, the numbers given out on the BOP’s site can hardly be relied upon.

Some facilities have even admitted that “no COVID-19 plan exists“.

Following the deaths at Alderson, the CIA was criticized again in congressional testimony delivered in January of this year. Law enforcement officials as well as legal and medical experts with expertise in the federal system, as well as members of Congress, have accused the BOP of concealing violent deaths and cases, failing to provide adequate health care on a consistent basis, and failing to properly implement the compassionate release program, which is intended to move at-risk inmates to home confinement. These claims were substantiated by five recently released inmates, two incarcerated inmates, and six family members of women detained at Alderson, according to KHN’s investigation.

Inmates and their families at Alderson have complained of denial of medical care, a lack of covid testing, reprisal for speaking out about conditions, understaffing, and a jail overrun with covid, among other things. Prison staff employees infected by the virus missed work, resulting in cold meals and soiled clothes, as well as denial of things from the commissary such as sanitary napkins and clean drinking water.

In an email, Bureau of Prisons spokesperson Benjamin O’Cone stated that the agency does not comment on what he described as “anecdotal allegations.” He stated that the BOP adheres to strict guidelines set forth by the Centers for Disease Control and Prevention. That said there is nothing anecdotal about it, nor is it an “allegation”. It’s a fact.

This kind of idiotic mentality is the reality of the razor wire bureaucracy that is the federal prison system and the BOP mentality of Backwards on Purpose thinking. Let me translate this for you FBOP thiks that three deaths is “not bad”, considering it’s 29th facility in terms of  highest death rate. If the roles were reversed and 3 correctional staff had died, OR like at the springfield federal prison instead of 20 dead imates it was 20 dead staff, they would be freaking out.

When asked how many convicts have died since December 1 and how many have tested positive for covid before death, O’Cone responded to the Bureau of Prisons’ web dashboard with covid information. Because, god forbid they actually just answer a question. That would be too difficult for the bureaucrats at the BOP. Within a day of KHN notifying the Bureau of Prisons about the deaths of the three convicts from Alderson, two inmates appeared on the dashboard and news releases were sent. The women had been deceased for over a week when the police arrived.

From March 2020 to October 2021, more than 23,000 prisoners were released from the federal prison system across the country, but more than 157,000 people remain incarcerated nationwide. Following early pandemic releases, the prison population in the United States is gradually returning to pre-pandemic levels. According to the most current Bureau of Justice Statistics statistics, inmate deaths increased by 46 percent between 2019 and 2020, accounting for a portion of the initial decline.

It was never possible for people like Adams to find compassionate relief. Since the outbreak began in December, according to the Bureau of Prisons, just two women have been given compassionate release from Alderson Prison. Haynes was one of those who was allowed to go while still intubated. She passed away in the hospital four days after being admitted.

According to Alison Guernsey, clinical associate professor of law at the University of Iowa, “They will literally be released so they don’t die in chains,” 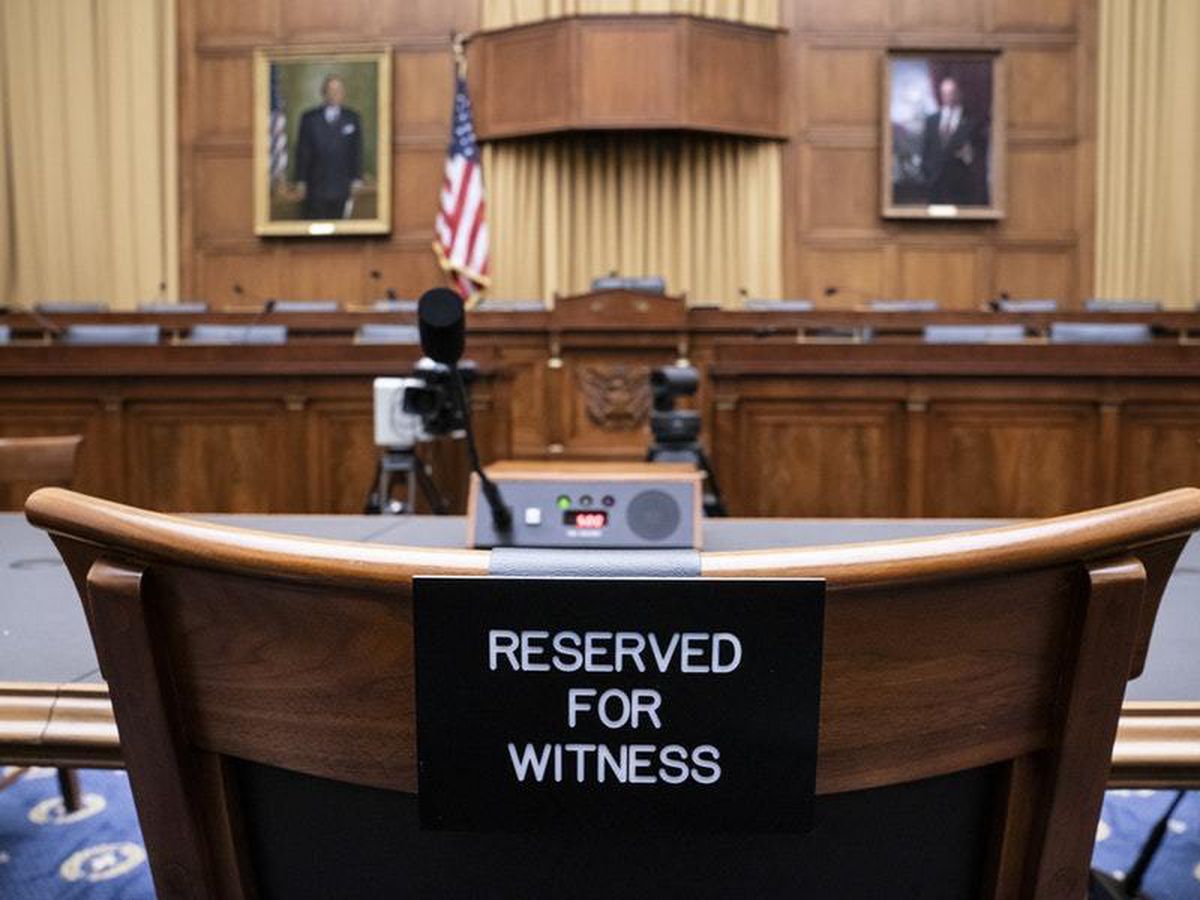 Guernsey testified before Congress in January on the plan. When she referred to BOP facilities as “death traps,” she was alluding to the BOP’s “inability or reticence to control the spread of covid behind bars by engaging in aggressive evidence-based public-health measures.” to control the spread of covid behind bars through the implementation of aggressive evidence-based public-health measures. In doing so, they are giving people death sentences who where not sentenced to that. the Cares Act states simply that they can release ANYONE at ANYTIME. They added all of the additional factors such as “prior violence” and “50% completion” to be able to maintain there human cash cows, and relevance for existing.

Guernsey testified that the BOP death data is “suspect” because of delayed reporting, the exclusion of deaths in prisons run by private contractors, and those released just in time to “die free.” As an example, Haynes’ death, which occurred while she was detained and during which she contracted covid, is not included in BOP data since she was released under compassionate release just before she died in January, months after her initial applications had been denied.

Since the BOP does not publish on the number of tests given, but rather on the number of positive tests, the island of Guernsey has expressed concern about the agency’s covid infection numbers. ‘The BOP can conceal whether a low infection rate is due to a low number of Covid cases or to insufficient testing,’ she explained. All of these elements suggest that the number of deaths and cases is likely to be “substantially” higher than previously recorded, according to Guernsey.
The ramifications of erroneous data can be seen all the way down to the refusal of compassionate release petitions. One issue that judges take into consideration is the number of covid cases and the amount of risk in that particular institution. Eberbaugh, the third inmate from Alderson to die in January, applied for compassionate release from her 54-month prison sentence in March 2020, citing prior medical issues. She was granted compassionate release.

Despite Eberbaugh’s efforts, his application was refused by a court in August 2020, citing among other things a paucity of covid cases in the institution. A few days later, she answered with a handwritten note, pleading with the public defender’s office to provide her with legal representation. This is only a matter of time before it reaches here, and I am terrified for my life,” she stated in her letter to the judge.

In April 2021, the court ruled against the appeal. She succumbed to covid within nine months of being diagnosed.