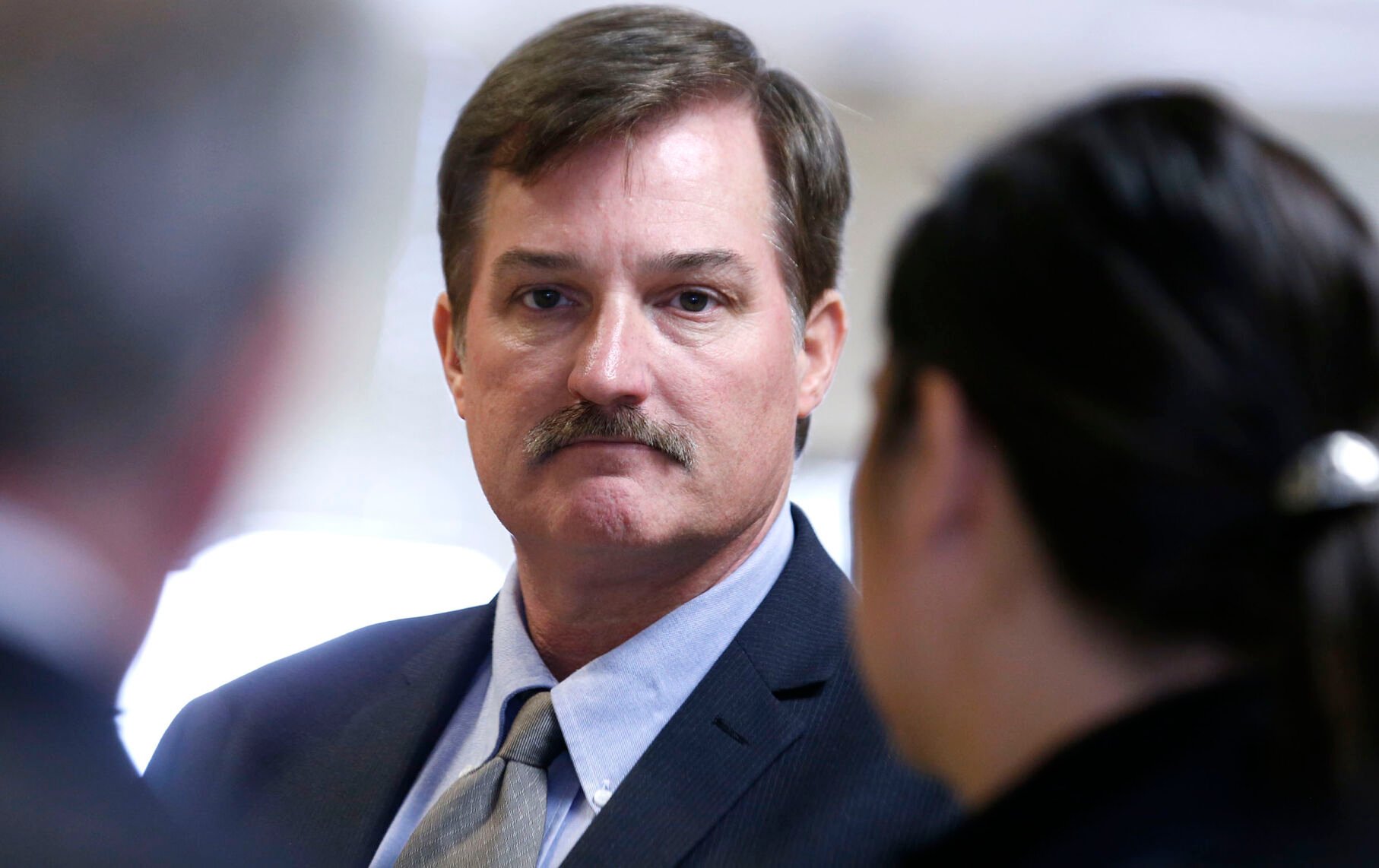 Shannon Kepler, a former Tulsa police officer, was sentenced to 25 years in prison on Friday, overruling appeals for his release based on the length of time he had already served in jail for the 2014 murder of his daughter’s then-boyfriend Jeremey Lake.

U.S. District Judge Gregory Frizzell dismissed the time-served motion at a morning hearing in federal court in Tulsa, opting instead for a prison term based on federal sentencing guidelines.
After a jury convicted him guilty of a second-degree murder-related felony in April, federal sentencing guidelines called for Kepler to serve 292 months (about 24 years) to 365 months (around 30 and a half years) in prison.
Prosecutors tried Kepler five times about Lake’s killing. After three hung juries in state trials, a fourth jury convicted him guilty of manslaughter, which was subsequently overturned, necessitating the federal investigation.

After passing judgment on Kepler, Frizzell said nothing except to agree with a prosecutor who declared there were no winners in the case. Frizzell also ordered Kepler to purchase a headstone for Lake’s burial at his father’s request, in addition to the jail sentence and three years of supervised release. Kepler was found guilty of two of three felony charges in April, acquitting him of first-degree murder but convicting him of one count of using a firearm while committing second-degree murder and one count of assault with a deadly weapon in connection with shots fired at another person during the encounter with Lake. After the trial, Frizzell overturned the assault conviction.

“Kepler was sworn to uphold the law at the time but instead took a sequence of judgments that resulted in the young man’s death.” Mr. Lake’s family has received some justice with today’s 25-year sentence, though I’m sure their healing is still ongoing. It’s also a reminder that the U.S. Attorney’s Office and its law enforcement partners will bring those responsible for acts of violence in our community accountable.” 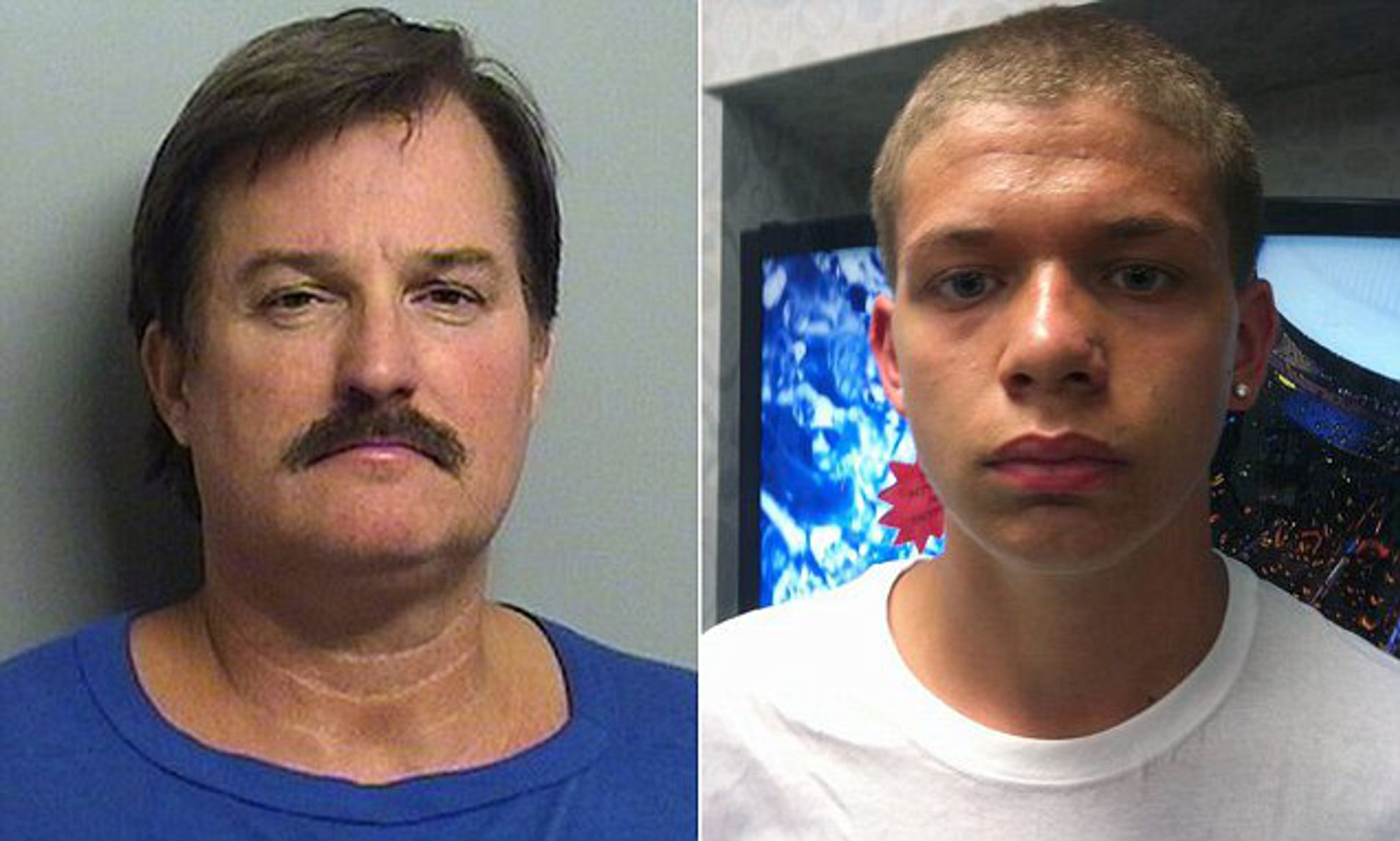 The trial came after three state court mistrials and one state trial conviction, the latter of which was subsequently overturned when Kepler successfully claimed that the state lacked jurisdiction to prosecute him under the United States Supreme Court’s McGirt decision in July 2020. When it came to grave offenses, the judge ruled that Congress had never disestablished the Muscogee Nation reservation, placing much of Tulsa within the authority of federal or tribe officials.

Lake was killed at what is now known as the Muscogee Nation reserve, which encompasses much of Tulsa. The successful appeal reversed Kepler’s 2017 heat-of-passion manslaughter conviction and 15-year jail sentence in Tulsa District Court. Prosecutors said that after meeting briefly on a roadway just west of downtown, Kepler fatally shot an unarmed Lake twice. When Kepler, 61, ran across Lake, 19, and Lisa Kepler, he claimed he was looking for his daughter, Lisa. Lake allegedly displayed a pistol moments before Kepler shot him, according to Kepler. Following the shooting, no gun was recovered on or near Lake, and no witnesses other than Kepler claimed to have seen an armed Lake before the confrontation.

Shannon Kepler had dumped Lisa Kepler off at a downtown homeless shelter with no food, money, phone, or clothes other than what she was wearing, all as a kind of punishment for what she said were terrible “life decisions” at the time. Soon after, Lisa Kepler, then 18 years old, met Lake at the shelter, who offered to let her live with him at his aunt’s house. After checking Lake’s address on police databases, Shannon Kepler came upon the two. After shooting Lake, Kepler left the area but subsequently surrendered to authorities. Two criteria that determined Kepler’s proposed sentence range occupied much of the Friday session.

Kepler’s use of police resources to locate where Lake resided and his choice to testify that he fired in self-defense were reasons that merited a heightened punishment because he broke a position of trust and obstructed justice, prosecutors said on Friday. Kepler’s assertions that his trial evidence was not “necessarily false” and so could not constitute obstruction of justice were refuted in a government sentencing report co-authored by U.S. Attorney Ross Lenhardt. According to the government, “the jury was advised that they could not convict Kepler of deliberate murder if he was acting in self-defense.”  In the court paper we reiled on his behalf, Kepler claimed that his testimony helped him get an acquittal on the first-degree murder charge.

Frizzell agreed with the government that utilizing police resources to find Lake’s whereabouts enhanced his sentence range. Still, he disputed that Kepler’s choice to testify in his defense was obstruction of justice. Frizzell also denied Kepler’s plea to be sentenced to time spent in pre-trial incarceration. Kepler’s counsel in the federal trial, Stan Monroe, offered many justifications for Kepler’s release based on the time he had already spent in connection with the crime. Before the death, Monroe observed that the 24-year veteran of the Tulsa Police Department had a “impeccable” work record.

Kepler’s Painted as the real Victim. 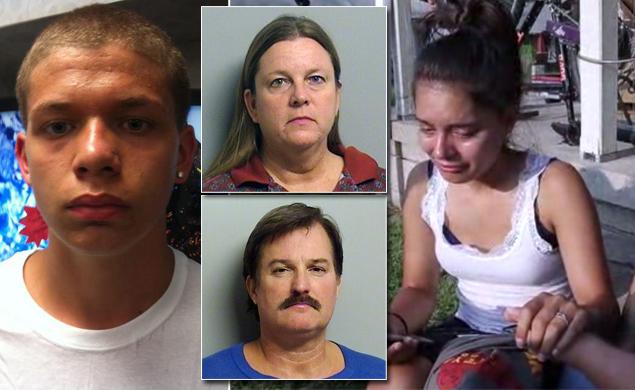 As a result of four state trials and one federal trial, Kepler has endured stress and anxiety as well as being detained in solitary confinement since being found guilty to protect him from other inmates because of his law enforcement history, Monroe said in the sentencing brief. Before his conviction, Kepler was out on bail. During the hearing, Kepler expressed sadness for Lake’s “death.” In a “New York minute,” Kepler declared he would go back in time and “fix things.” Kepler thanked his family for their support during the trial and prayed to God every day for his and Lake’s families.

Meanwhile, government prosecutors requested Frizzell to sentence Kepler to prison for between 24 and 30 years, which is the guideline range. “In the Government’s opinion, the defendant’s criminal history, and, more importantly, the nature and circumstances of the offense, are properly reflected in the advisory sentencing guideline range, and only a sentence within the advisory sentencing guideline range will achieve all of the sentencing goals,” government prosecutors wrote. Many victim impact statements were delivered during the hearing, including Lake’s father’s. Carl Morris told the judge that when his son was slain, he went through a period of intense melancholy.

Morris stated, “The last thing he ever said to me was ‘I love you, dad.” “I feel like there is a void in my life that can never be filled since I will never get to hear him say it again.”  Morris requested that Kepler be compelled to pay for a headstone for his son’s unmarked grave.

He requested that Frizzell sentence Kepler to either life in jail or execution, but the judge said the latter was not a possibility. “I respectfully request that you make an example of him,” Carl Morris stated.
During the sentencing hearing, Kepler’s lawyer stated that his client intended to appeal the case.