After an Associated Press investigation revealed major wrongdoing by correctional personnel, the chairman of the Senate Judiciary Committee requested Tuesday that Attorney General Merrick Garland dismiss the head of the struggling federal Bureau of Prisons.
Sen. Dick Durbin’s demand came only two days after the Associated Press reported that over 100 Bureau of Prisons employees have been arrested, convicted, or sentenced for crimes since the beginning of 2019. According to the AP investigation, the agency has turned a blind eye to personnel who have been accused of misbehavior and have neglected to discipline police who have been jailed for crimes.
Director Michael Carvajal, who has been at the core of the agency’s several scandals, was singled out by Durbin. Under Carvajal’s leadership, the agency has dealt with a slew of problems, including the spread of coronavirus within prisons and a botched response to the pandemic, as well as scores of escapes, fatalities, and severely low staffing levels that have delayed emergency response. 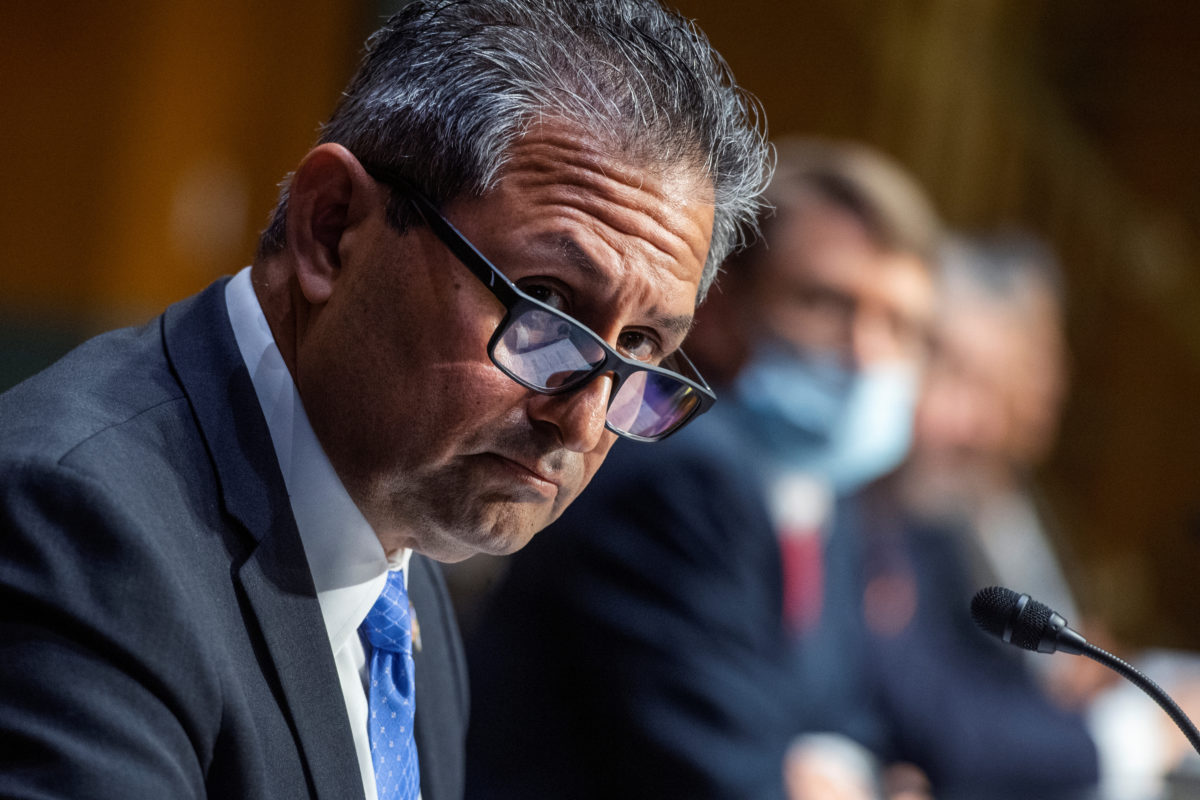 How He Got the Job

Carvajal was selected by then-Attorney General William Barr, but despite the several major difficulties that arose during his term, Deputy Attorney General Lisa Monaco recently stated that she still had faith in him. The Associated Press reported in June that senior officials in Biden’s administration were debating whether or not to fire him. He’s one of the Trump administration’s few surviving holdovers.
“Former Attorney General Bill Barr hand-picked Director Carvajal, who has presided over a series of mounting crises, including failing to protect BOP staff and inmates from the COVID-19 pandemic, failing to address chronic understaffing, failing to implement the landmark First Step Act, and more,” according to the release. In a statement, Durbin stated. “It’s past time for Attorney General Garland to replace Director Carvajal with a reform-minded Director who isn’t a product of the bureaucracy at the Bureau of Prisons.”
Federal prison staff has been engaged in two-thirds of the criminal charges involving Justice Department personnel in recent years, although accounting for less than one-third of the department’s workforce. BOP workers or contractors were involved in 28 of the 41 arrests made this year. The FBI only had five. There were two each for the Drug Enforcement Administration and the Bureau of Alcohol, Tobacco, Firearms, and Explosives.

The AP investigation also revealed how the Bureau of Prisons enabled a federal prison official in Mississippi who was charged with stalking and harassing fellow employees to keep his employment after he was arrested on charges of stalking and harassing fellow employees. That officer was also given permission to pursue an investigation into a staff member who had accused him of committing a crime.

Two convicts have escaped from the custody of the Bureau of Prisons in the previous week, bringing the total number of escapes to 36 in the last 22 months.
“We now have a new administration and a fresh chance to fix our criminal justice system,” Durbin added. “It’s evident that there’s a lot wrong with our federal prisons, and we need to change it right away.” This initiative must begin with fresh leadership.”
Separately on Tuesday, the Justice Department’s inspector general concluded that the Bureau of Prisons had stymied the creation of more than 30 agency rules by refusing to meet with the prison workers’ union for in-person policy deliberations, as required by a contract.
Approximately half of the policies that have been stalled for the past 20 months were created or revised in response to the First Step Act, a bipartisan criminal justice overhaul signed during the Trump administration and aimed at encouraging inmates to participate in programs aimed at reducing recidivism — which could allow them to be released sooner — easing mandatory minimum sentences, and giving judges more sentencing discretion.

The inspector general discovered that the Bureau of Prisons has not provided credit to any of the approximately 60,000 federal convicts who have completed such programs because the agency hasn’t finalized its processes or finished policy agreements with the union. The watchdog also discovered that the inspector general’s office’s 27 recommendations had been delayed as a result of the inability to negotiate.