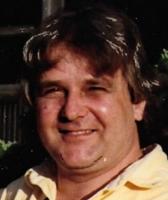 The Story of the child rapist

A Hawthorne man who used his access to children through babysitting and day-care jobs to sexually assault 20 young victims, including infants, was sentenced Friday to life in federal prison without the possibility of parole. The victims were all minors under the age of 18. Hopefully, he is put in the same institution as creeper.

prosecutors noted in a 43-page sentencing letter released on Thursday that the defendant was “Defendant is horror incarnate,”

“There is no way to ensure the community could ever be safe from defendant other than lifetime imprisonment.”

According to investigators, Harrell’s victims ranged in age from infants to children as young as nine years old. Nine of the victims were children under the age of four. Ten of the other children were seven years old or younger.

According to the sentencing letter, he recorded and videotaped his multiple acts of rape and child sex abuse and uploaded them to a forum on the dark web where other pedophiles posted and exchanged the harrowing footage.

In accordance with prosecutors, Harrell registered on the forum around Feb. 12, 2016, and posted around 155 messages.

The first day he made a post to the site, he claimed to have a huge amount of child sex abuse material that he’d been working on for a long length of time and that he planned to post frequently.

As he stated in the article, “I just wanted to say Hi to the first fully functioning baby/tot community that I have ever come across since I have been on the web,” “I look forward to chatting with you all around the boards and seeing some nice additions to the pedophile community.”

On that forum, Harrell met two men who are now codefendants in the case, and the three of them became friends over the fact that they had all sexually abused children in their care, according to prosecutors.

What the court has to say about the child rapist

According to prosecutors, his involvement with the males, 28-year-old John Brinson Jr. and 31-year-old Moises Martinez, went beyond the dark web. The three men met in person, where they would exchange children in their care and abuse them jointly, according to the court documents.

According to the document, “Defendant destroyed multiple families through his rampant and brazen abuse of those he was supposed to care for and protect,” which included children. “Having even one child abused in the way defendant violated his victims is too many — but 20 victims is hard to even conceive.”

In addition to repeatedly raping and abusing his victims, Harris exposed the majority of them to a “lifetime of horror” by uploading images and videos of his crimes to the dark web, where they will continue to circulate in perpetuity, according to prosecutors.

According to the lawsuit, “Defendant is evil in a way most people cannot even imagine,”

According to prosecutors, Harrell, Brinson, and Martinez used the Tor browser to get access to the dark web forum.

The program, which helps users to conceal their online identities, is required in order to gain access to the dark web. It is popular among activists, dissidents, and journalists, but it is also used by criminals who want to conceal their illicit acts from the public eye and media.

Harrell was taken into custody in May 2017 and has been there since, according to authorities.

Martinez, a San Jose resident, entered a guilty plea in 2019 to charges of operating a child exploitation enterprise and producing child pornography, according to the prosecution. In September 2021, he was sentenced to 55 years in prison, followed by a lifetime of supervised release after completing his term.

The prosecution stated that Brinson entered a guilty plea in July 2021 to engaging in child exploitation enterprise as well as production of child pornography. The sentencing hearing is scheduled for April 22.

Keith Lawniczak, 57, of Fresno, pled guilty to conspiracy to commit child sex trafficking in late 2019, according to authorities. He was the fourth co-defendant in the case. In August 2020, he was sentenced to 12 years in jail and a lifetime of supervised release after being found guilty.